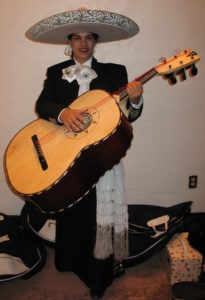 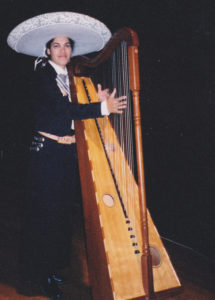 If anyone had told me that, after moving to Arizona to get one graduate degree in percussion, I would take up mariachi while in pursuit of a second one, I would never have believed them. It isn’t part of my personal cultural heritage, I didn’t grow up listening to it, hadn’t studied Spanish, and had no real inclination toward playing stringed instruments. I did play the violin in 4th grade before switching to percussion a year later; I attempted to learn guitar in 5th grade, but gave up in frustration because my fingers were too short to play chords. Once I joined the band, my attention was on percussion. ASU had a mariachi class and I attended most of their concerts each semester through my master’s degree and into my doctoral studies. I loved the music, especially the rhythmic interplay between the vihuela and guitarron. And everyone could SING! I don’t recall what in 2004 finally pushed me into approaching the instructor, ethnomusicology professor Dr. J. Richard Haefer. I hadn’t ever had a class with him, but he knew I was a percussionist and asked what instrument I thought I could play in the group. One concert I went to had included a harpist; having harbored a long fascination with harps–of any kind, any size, any use–I volunteered to give that a try. Though I had NO skills on the instrument and NO knowledge of the mariachi style, he agreed to let me try. There happened to be one of the correct style sitting in a case in the music building, unused and lonely. He gave me a stack of music and a key to the storage room, and said he’d expect me at rehearsals twice a week. What to do?? I set about teaching myself (YouTube was not then what it is now), only to discover a few months later, at my first mariachi conference in Tucson, that I was doing pretty nearly everything incorrectly. But I sure did have fun–and success enough in learning the music that I was invited to return for the fall semester.  Dr. Haefer recommended that I try the guitarrón. One had just come back from a long repair job, so he loaned me the bass and a method book over the summer. I waited until August to tackle the imposing instrument, but got it together eventually. A couple of years later, I took up the vihuela. Many years later, I also picked up a guitarra de golpe, which I think of as the viola of mariachi (and I do play it tuned a 5th lower than vihuela). My fingers are still short but I manage somehow to play all three instruments well enough to make some money at it.  I’m no superstar and I don’t sing except on choruses (if I can remember the words), so I’m lucky that Mariachi Corazón de Phoenix ever took me on as a regular member. When that group disbanded several years ago, I wasn’t sure I had a future in mariachi. Fortunately, I have found pretty regular work with two groups: Mariachi Luz del Sur, and Mariachi Rubor. In 2018, I even got to perform in Guadalajara as part of the annual Encuentro Internacional del Maricahi y la Charrería! Playing mariachi music continues to be a learning experience in so many ways. Sometimes I still don’t believe what a big part of my professional life it has become. Long may the fun and learning continue! 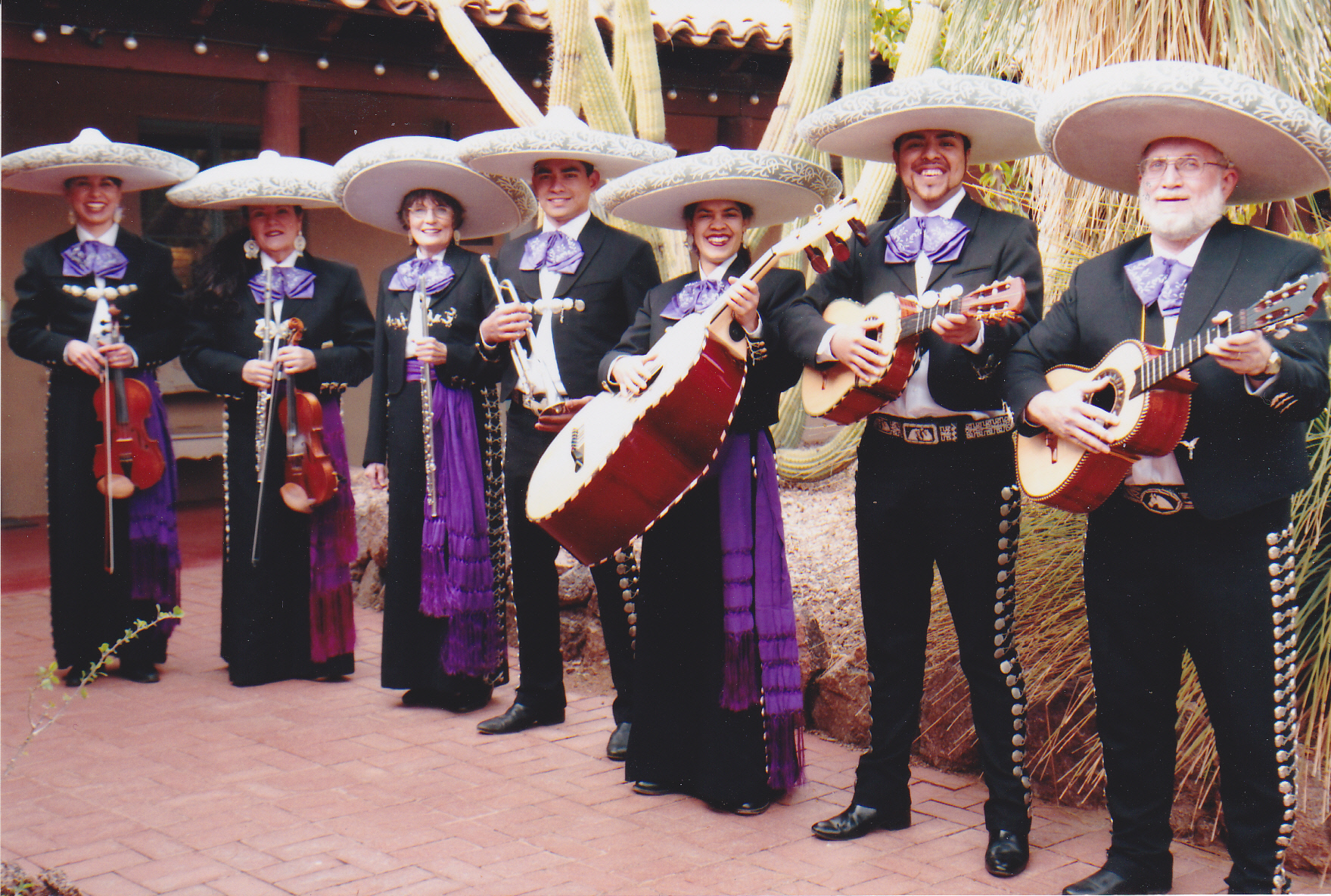 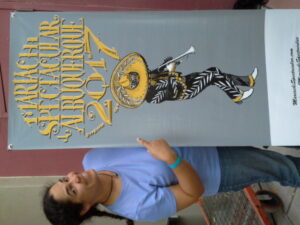 A last-minute trip to New Mexico with a colleague, to expand my horizons at Albuquerque’s annual mariachi conference.